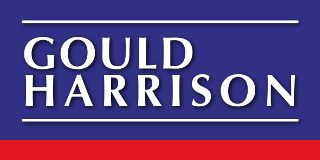 Share prices for both Foxtons and Countrywide took a significant tumble yesterday as news of the ban on letting agents’ fees levied on tenants sunk in to investors. Foxtons has for some time said in trading reports to the City that its sales performance - reflecting a 2016/11/foxtons-transactions-will-drop-10-in-2016-then-flat-next-year--forecast" target="_blank">serious slump in the London high end market - was being compensated by improved lettings performance. This reliance on income from the enlarging private rental sector has now, temporarily, backfired with investors concerned at the effect the ban will have on the London agency’s shares.It ended the day down 14.26 per cent at 105.25.

Countrywide, although not restricted in its exposure to the London market, has also made much play of its strength in the rental and lettings management sectors.In October 2015 Countrywide chief executive Alison Platt told investors in the group that she was putting lettings acquisitions at the centre of her strategy for growth. Several independents have been snapped up although over the summer Platt announced that - in the light of Brexit and other economic uncertainty - Countrywide was unlikely to announce other acquisitions in 2016.But the firm’s public statements emphasising its strength in the lettings sector has made it, too, vulnerable to stock market volatility in the light of the Autumn Statement. It ended the day down around five per cent at 193.9.LSL Property Services was down around four per cent but other publicly-quoted firms performed a little better: Savills and Rightmove down less than one per cent, while Zoopla closed very slightly up.