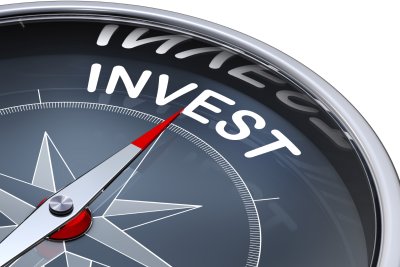 It’s a tale of two estate agencies - Britain’s biggest, seemingly in trouble, and the second biggest, winning a seal of approval from a respected investment consultancy. The shock for Countrywide is that a decision will be made at the end of stock market trading today as to whether the company will be demoted from the FTSE 250.  The FTSE 250 is not actually the 250 largest companies in the UK - in fact, it is the 101st to 350th largest companies, as the very largest of all are in the FTSE 100 index. There is a quarterly assessment of the FTSE 250 component companies, and the next will take place at the end of trading today, with a decision based at least partly on the perceived value of the company. Countrywide is one of four companies in the frame for possible demotion according to business newspaper City AM. As Estate Agent Today has reported, Countrywide’s share price has plummeted in recent times: in spring 2014 the firm’s share price was over 685.0, whereas yesterday it closed at 169.1 after months of high-profile management changes, redundancies, branch closures and mixed results presented to shareholders.                                Meanwhile Britain’s second largest agency, LSL Property Services - which includes High Street brands Your Move and Reeds Rains - has been given fulsome praise by one of the City’s leading property industry financial consultancies. Yesterday LSL reported to shareholders that its underlying operating profit for 2016 would be in line with expectations, and that revenues for the 10 months to November increased by three per cent over the same period last year - which between its two divisions meant that surveying revenues were up 0.9 per cent and estate agency up 3.5 per cent. Now investment consultancy Jefferies has praised the company’s “balanced business” for lessening the impact of falling housing transaction numbers. “We believe that LSL will enter 2017 on a stronger footing than many would have thought possible” says Jefferies analysts Anthony Codling and Sam Cullen. LSL has particularly benefited from the breadth of its activities. “Whilst over the four months to 31 October - the four months directly after the EU referendum - overall revenues were down 3.4 per cent, lettings revenue grew by 7.0 per cent and Financial Services by 24 per cent” they have written in a note to their investor clients.  Jefferies was also supportive of the move of the company earlier this year in disposing of over 11m shares in Zoopla Property Group. “It is difficult to imagine a better time in which to have disposed of these shares given the recent unexpected set of circumstances (EU Referendum, US election, Autumn Statement focus on Tenant fees). These shares were saved for and used during an extremely rainy day” the analysts say. LSL is the second largest estate agency in the UK and has the ambition to grow operating profit per branch from £46,000 to between £80-£100,000, says Jefferies. It also aims to take its London-based Marsh & Parsons business from 25 to 35 branches and to continue to grow its lettings division via acquisition.  Although the investment note says LSL is vulnerable to the underlying UK housing market, Jefferies has issued a supportive ‘Hold’ rating for the company.