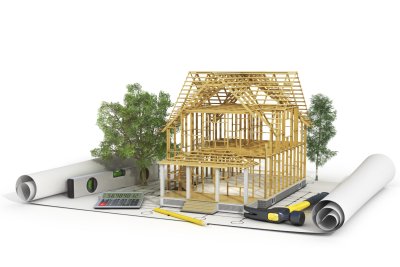 Otterpool Park Garden Town near Folkestone Racecourse given go ahead by government for 12,000 homes around Lympne, Westenhanger and Sellindge 11 November 2016 by Matt Leclere mleclere@thekmgroup.co.uk The Government has given the go-ahead on proposals for a new 12,000-home Garden Town in Kent. Otterpool Park, the area near Folkestone Racecourse, will be home to 29,000 people and have schools, an upgraded railway station, doctors and business space. Housing minister Gavin Barwell today announced the government had approved the plans put forward by Shepway District Council in the summer. 131966_134280" class="imageFrame"> Barrow Hill in Sellindge looking towards Otterpool Lane. Picture: Gary Browne   He also announced the project has been given £750,000 from the government to go towards designing the masterplan for the farmland and former racecourse site which closed in 2012. Mr Barwell revealed the money would enable the council to access "capacity funding" to help kick-start the work to take the proposal forward. It comes as part of an £18 million package announced today to fund large-scale development projects across the country. The injection is aimed to support large scale developments to prevent "long-term projects from stalling". Shepway District Council, which is working with the Reuben brothers who own Folkestone Racecourse, say the project will take 30 years to complete. Mr Barwell said: "We are getting behind plans for a new Garden Town which offers a unique opportunity to boost the local economy, jobs and provide new homes in Shepway." Folkestone and Hythe MP Damian Collins said the decision "is a game changer for jobs, new homes, and local businesses". Detailed planning will now start to develop a masterplan which Shepway council leader David Monk said would involve the community straightaway. MP Damian Collins, Shepway leader Cllr David Monk and housing minister Gavin Barwell MP in Westminster as plans for Otterpool Park were approved by the government   The consultations on the design are set to cover the "architecture, infrastructure and sustainability, as well as landscape, public realm and transport". The first public exhibitions and consultations are scheduled to begin as early as next month. "We will be able to pursue our ambitions to create a new community where our children and their children can live, work and play..." - Cllr David Monk, leader of Shepway council A planning application will then be formally submitted once the designs are completed. Initial plans for Otterpool Park outline seven primary schools, three secondary schools and three doctors' surgeries by the time the full 12,000 homes are completed. Cllr Monk said: "I am delighted that Otterpool Park - a Garden Town for the Future - has been chosen. “Housing minister Gavin Barwell’s announcement of support and capacity funding £750,000 means we will be able to pursue our ambitions to create a new community where our children and their children can live, work and play. “I have already met with many people, businesses and local parishes to discuss our ideas but nothing is set in stone yet. The government has approved Shepway council's Garden Town proposals around Folkestone Racecourse. Picture: Gary Browne   "We do know that over the next 30 years we will need more homes and jobs for our children and grandchildren. Many in my generation have done well for themselves. "I feel a deep obligation to make sure that we do not deny future generations the same opportunities that we had." But the proposals announced in May sparked immediate backlash from local residents. Protest marches were organised by residents against the proposals and hundreds of people paraded along the road near to the development area. Shepway council bought 357 acres of farmland for £5.2m before Christmas saying it was a long-term strategic investment and has been renting the land for agricultural use since. A march against the development proposals was held by hundreds of residents in June. Picture: Matt Bristow   The announcement also spells the end for any hopes of a return for horse racing to Folkestone Racecourse which held its last meeting in 2012.  Ebbsfleet Garden City, which will have 15,000 homes, was announced by then Chancellor George Osborne in 2014. Work has started on the first stages of the development in the north Kent area around the Swanscombe peninsula. Garden towns and villages have grown out of the "garden city movement" initiated by planner Sir Ebenezer Howard in 1898. The movement incorporates ideals to see communities become self-sufficient by providing a mixture of housing, industry, leisure and agriculture surrounded by greenbelt land.